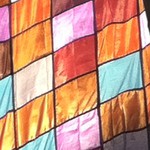 How lucky are we? In our first guest blog post (in fact our first blog post full stop!!) the Chair of the Fringe, Judy Potter, shares her top 10 for the Adelaide Fringe 2014.  This is a list truly worth having. Here it is:

SIMPLE SPACE: A dizzying collection of works in new circus, blurring the boundaries of performance and human physicality. Following a sell-out, 5-star season at the Edinburgh Fringe Festival this is a truly unique audience experience not to be missed.★★★★★ – The Advertiser. “A total triumph” – UK Guardian

KATIE NOONAN & CIRCA: LOVE-SONG-CIRCUS: Katie Noonan and contemporary circus troupe Circa’s captivating Love-Song- Circus is a powerful ode to the strength of the first female convicts in Australia. This moving and unique combination of voice, piano, strings, double bass, guitars and aerial acrobatics/circus is a wonderful journey into the compelling stories of these incredible women.

THE UMBILICAL BROTHERS: A KIDS SHOW (NOT SUITABLE FOR CHILDREN): The legendary Umbilicals are back – with A KiDs’ ShoW! May contain violence, coarse language, drug use, sexual references, and time permitting, face painting. Under 13’s WILL NOT be admitted, but if you’re an adult, bring your inner child and watch it get eff’d up all over again.

THE BOY WITH TAPE ON HIS FACE: MORE TAPE: In 2011 ‘MORE TAPE’ premiered at the Adelaide Fringe to sold out audiences. Three sold out Edinburgh Fringe Festivals, a Royal Variety Performance and four sold out UK Tours later, MORE TAPE is back. Bigger and better. See The Boy.“Utterly Spectacular! Hysterically funny!” – Time Out, London. ★★★★★.

FRANK WOODLEY – FOOL’S GOLD: There’s no greater fool to spend an hour with than Frank Woodley. Stand-up comedy at its most physical. Guaranteed to give you that tingly feeling you’re left with after you’ve laughed like a crazy person.“truly genius physical comedian” The Age “comedy doesn’t come much better than this. Seriously” Herald Sun

FOMO: THE FEAR OF MISSING OUT: “It’s tempting to think of McDonald as a member of the Fast Forward team born a generation too late.” The Age. One woman, ten characters and a radio studio, Zoe McDonald has the FOMO, aka the Fear of Missing Out!  McDonald portrays a parade of radio talk-back callers, guests and a one-time famous announcer, and it all happens in the real life working studios of Radio Adelaide. “McDonald embodies each of these different personalities with such precise and perfect physicality and mannerism that she can evoke uproarious laughter with just the tilt of her head. Her energy seems truly boundless as swaps between the large cast non-stop for the entire show!” Theatre Press. “FOMO is a deeply engaging, rewarding, and unbelievably hilarious show!” Aussie Theatre

BITCH BOXER: Meet Chloe, 21 from Leytonstone. She likes the simple things in life: cherry sambuca, hairbrush-in-the-mirror karaoke with Rihanna and winding her Dad up. Oh, and she’s a boxer. London, 2012. Women will step into the Olympic boxing ring for the very first time. And it’s in Stratford. Down the road. As Chloe trains for the fight of her life, she is left winded by two life-changing events. In a man’s world, can she prove she’s still worth the title? Fighting fit from sell-out shows at the Edinburgh Fringe Festival as part of the Old Vic New Voices Edinburgh Season, Snuff Box Theatre invites you ringside, for an adrenaline-fuelled, no-holes-barred one-woman show unafraid to document the blood, the sweat…and all the tears.

SWAMP JUICE: Bickering snails, neurotic snakes and opera singing mice. Welcome to a swamp like no other! Sold-out in Europe & UK. Jeff Achtem creates imaginative shadow puppet adventures from bits of rubbish. With a live band playing, the shadows leap off the wall in an eye-popping 3D finale! Unforgettable for all-ages.

in which she and tim visit london

Living well in the urban village